Sprinkles Cupcakes is a Beverly Hills, California-based cupcake bakery chain established in 2005. It's considered one of the world's first cupcake bakeries. 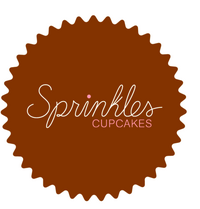 In 2002, Candace Nelson and her husband, Charles, both investment bankers, visited Candace's sister in New York City and tried the cupcakes at the famous Magnolia Bakery. Candace believed that it was "time for cupcakes to stop being the backup dancer to cakes." Having had started a custom cake business after attending Tante Marie's Pastry Program in San Francisco, Nelson set her sights on cupcakes. "I was taking orders for special occasion cakes which I came to realize are, by definition, reserved for special, infrequent occasions," said Nelson. "I wanted to create an artful and handcrafted dessert, yet one which people could eat on a daily basis...which led me to reinvent and elevate the lowly cupcake."

Although starting a cupcake bakery was a "high-risk venture" and the bakery business was in a four-year no carb decline, the Nelsons pursued their dream. Their "sleek, minimalistic" store was designed by an architect from Vienna and the logo and packaging were created by a former Martha Stewart-employee. On April 13, 2005, the Nelsons opened Sprinkles' first store on Little Santa Monica Boulevard in Beverly Hills. The first day, the cupcakes sold out in three hours, and 2,000 cupcakes were sold the first week.

On March 6, 2012, Sprinkles Cupcakes opened the world's first Cupcake ATM in Beverly Hills, CA. The second Cupcake ATM opened a few months later in Chicago. A third Cupcake ATMs is located at its bakery in Dallas with a future one planned for Georgetown. The Cupcake ATM dispenses cupcakes and doggie cupcakes 24 hours a day and is continuously restocked throughout the day with freshly baked cupcakes. It can hold up to 600 cupcakes at a time.

On May 24, 2012, Sprinkles expanded its dessert brand with the opening of Sprinkles Ice Cream next door to its cupcake bakery in Beverly Hills, CA, and later in 2013, in Newport Beach's Corona del Mar Plaza and in Dallas in The Plaza at Preston Center. The shop serves unique flavors like Red Velvet, Cap'n Crunch and Salty Caramel and carries a cookie line with a modern twist on traditional flavors including Salted Oatmeal Cornflake and Peanut Butter Pretzel Chip. They now offer nationwide shipping and have a traveling ice cream cart. The Sprinkles Ice Cream is slow churned in order to create a denser, creamier, and more flavorful ice cream.

Barbra Streisand was one of Sprinkles' first customers and introduced Oprah Winfrey to the brand by sending her a box of cupcakes. Only eight months after opening Sprinkles, Charles and Candace received a call from Harpo Studios that Oprah needed 300 cupcakes for her studio audience in Chicago the next morning for Breakfast with Oprah, wherein she showcases her favorite delicacies. The couple managed to catch an overnight flight, and the cupcakes were featured on Oprah's show. Soon after, sales in their Beverly Hills location increased 50%, to 1,500 cupcakes daily.

Sprinkles has also appeared on The Today Show and Nightline, as well as Entourage and The Girls Next Door.

Sprinkles played a role in Tom Cruise's courtship of Katie Holmes. During the Christmas of 2007, the Cruises sent out boxes of holiday-themed Sprinkles cupcakes to their close friends and associates. 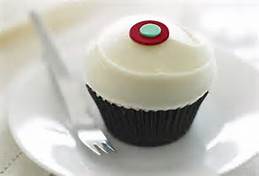 Retrieved from "https://cupcakes.fandom.com/wiki/Sprinkles_Cupcakes?oldid=6587"
Community content is available under CC-BY-SA unless otherwise noted.